Northeastern University’s Progressive Student Alliance (PSA) has been fighting for social and economic justice for workers on campus and around the globe since 2008. While our organization primarily focuses on workers’ rights, we understand that all oppression is connected. PSA values collective liberation – we strive to build relationships with other grassroots movements because we believe the student-labor solidarity movement is part of a larger struggle for global justice. Whether supporting service workers on our campus or factory workers making Northeastern apparel around the world, PSA is committed to making real and tangible change. Check out our past campaigns below!

PSA fought for Northeastern to end their relationship with Nike in response to the company’s workers rights abuses and refusal to allow the Workers Rights Consortium to inspect their collegiate apparel factories. 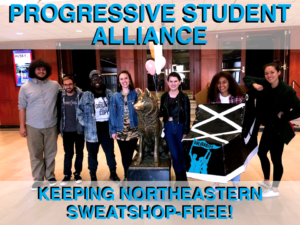 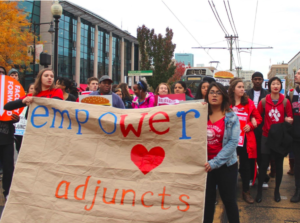 PSA pressured Northeastern to end its contract with Adidas after the company refused to pay over 2,800 Indonesian factory workers their legally mandated severance packages. 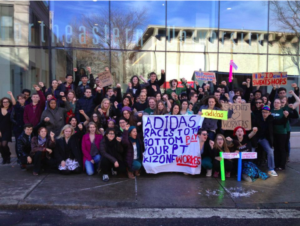 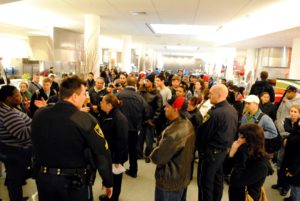 PSA began as a coalition of students supporting Northeastern janitors’ call for a union, fair wages, and health benefits. 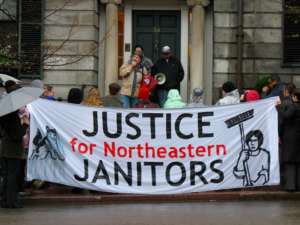 PSA is a local chapter of United Students Against Sweatshops (USAS), a student-labor solidarity organization fighting for workers’ rights on over 150 campuses nationwide. Since 1997, USAS has won precedent-setting local and nationally-coordinated campaigns for economic justice in partnership with worker and community organizations. For more information, visit usas.org.

To learn more about PSA and how you can get involved, visit our Facebook page or e-mail us at neu.psa@gmail.com!

Previous Introduction: Why a Disorie...
Next CATASTROPHIC CLIMATE CHANGE...